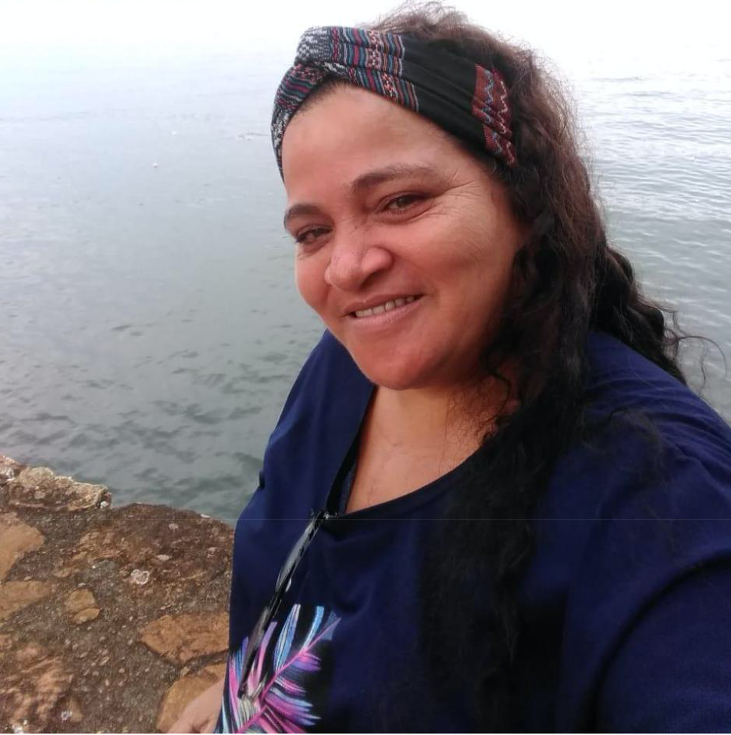 The Edelstam Prize 2020 is awarded to Mrs. Osvalinda Marcelino Alves Pereira from the Amazon rainforest territory in Brazil for outstanding contributions and exceptional courage in standing up for one’s beliefs in the Defence of Human Rights. She has fearlessly and continuously been reporting to federal authorities illegal logging of the forest in the Areia region. The prize will be awarded during a live-streamed ceremony tomorrow, the 24th of November at 5 pm CET, 2020 on www.edelstam.org.

Mrs. Osvalinda Alves Pereira from Pará in Brazil is an Amazon rainforest defender and community organizer who puts herself at great risk in defending the forest and its population. Defending the forest from illegal logging is very dangerous, as laws are rarely enforced against the perpetrators of the abuses. Criminal logging networks deploy men to protect their illegal activities and intimidate, threaten and kill those who obstruct their activities which are causing the deforestation and destruction of the Amazon rainforest.

Osvalinda Alves Pereira and her husband, Mr. Daniel Alves Pereira, have received numerous threats for nearly a decade from criminal networks involved in illegal logging in the state of Pará. For more than 18 months they have been in hiding, with the support of the Federal Program to Protect Human Rights Defenders, Journalists, and Environmental Defenders; however, they are now back in Pará as they feel that, even if the security is not strong enough, they have to continue their work within the rainforest areas where the illegal logging is taking place.

“The courageous activity of Mrs. Osvalinda in reporting illegal logging of the Amazon rainforest despite constant threats and in standing up for her convictions in times when justice is required sets an important example for the resilience needed to protect and defend our environment. Brazil has signed the Paris Agreement on Climate Change and has committed to eliminate illegal deforestation in the Amazon by 2030. However, authorities are failing to implement and enforce environmental laws in the Amazon, which heavily undermines the work to protect the forest,” says Caroline Edelstam, Chair of the Edelstam Prize Jury and co-founder of the Edelstam Foundation.

Large farmers involved in illegal logging often use land-reform settlements where poor farmers have small plots to have access to the nearby protected forests. Osvalinda Alves Pereira founded the Areia II Women’s Association to develop sustainable organic agriculture and to reforest areas where logging has occurred. She is a local leader of the Areia Settlement Project, which is geographically situated as a gateway to three major conservation units: the Trairao National Forest, the Riozinho de Afrisio Extractive Reserve, and the Jamanxim National Park, which are areas of great interest to illegal loggers. Pará is today the state with the highest reported number of conflicts over land and resources.

In spite of offers of bribes and persistent threats, Osvalinda Alves Pereira has courageously continued to report the activities of the illegal loggers. Criminal networks are engaged in the large-scale extraction, processing, and sale of timber, illegal land seizures, as well as illegal mining in the Amazon. They employ armed men to intimidate the local population. The vast majority of threats and attacks against forest defenders is never properly investigated or punished. As a consequence, forest defenders are at great risk, and Osvalinda Alves Pereira fears for her life.

“It is important to find ways to enforce national and international law and promote accountability for serious abuses of human rights. In this case, Brazil, should be able to provide protection to forest defenders who receive death threats. Impunity is not an option. The international community also has a responsibility to uphold justice and ensure the protection of victims and defenders of the forest, including both environmental enforcement officials and members of the Indigenous and other local communities, and to uphold the principle that nobody is above the law. This year, nearly 8000 square kilometres have been deforested,” says Caroline Edelstam, Chair of the Edelstam Prize Jury.

After the ceremony, a panel discussion will follow moderated by Ana Carolina Deveza. The participants in the panel are:

The Edelstam Prize Jury’s motivation for awarding the Edelstam Prize to Mrs. Osvalinda Marcelino Alves Pereira is the following: Mrs. Osvalinda Marcelino Alves Pereira is a defender of the Amazon forest and a community organizer from Pará, Brazil. Defending the Amazon rainforest has become very dangerous since criminal logging networks deploy armed men to protect their illegal activities and intimidate and kill those who obstruct them.

According to the organization Pastoral Land Commission, there have been more than 230 cases of fatal attacks, with more than 300 victims. These have been registered in the Amazon region the past decade, but only nine cases have gone to trial. In Pará, the state with the highest number of killings, only four out of 89 cases went to trial between 2009 and 2019. Armed men that are part of organized criminal groups terrorize and retaliate against individuals and communities who oppose them. This occurs in a situation where the authorities fail to protect forest defenders.

Mrs. Alves Pereira’s local and environmental leadership and reforestation-efforts in areas where logging has occurred has attracted the attention of the criminal networks, which have employed armed men to threaten her and try to dissuade her from continuing to report their illegal activities to the authorities.

Criminal networks in the Amazon are formed by illegal loggers who coordinate the large-scale extraction, processing, and sale of timber, illegal land grabbing, employing armed men to intimidate the local population.

In spite of the repeated threats against her, Mrs. Alves Pereira has courageously persisted in reporting the abuses to state and federal authorities. As a consequence, she and her husband have had to flee their home and received support under the Federal Program to Protect Defenders of Human Rights, Journalists and Environmentalists.

Mrs. Alves Pereira has continued to advocate and to defend the rainforest, the rights of local communities, working for reforestation and strengthening these communities, and has fearlessly stood up against the criminal networks in her work to defend the rainforest, thereby adhering to Brazil’s civil society commitment to reduce its greenhouse gas emissions and help mitigate global warming.