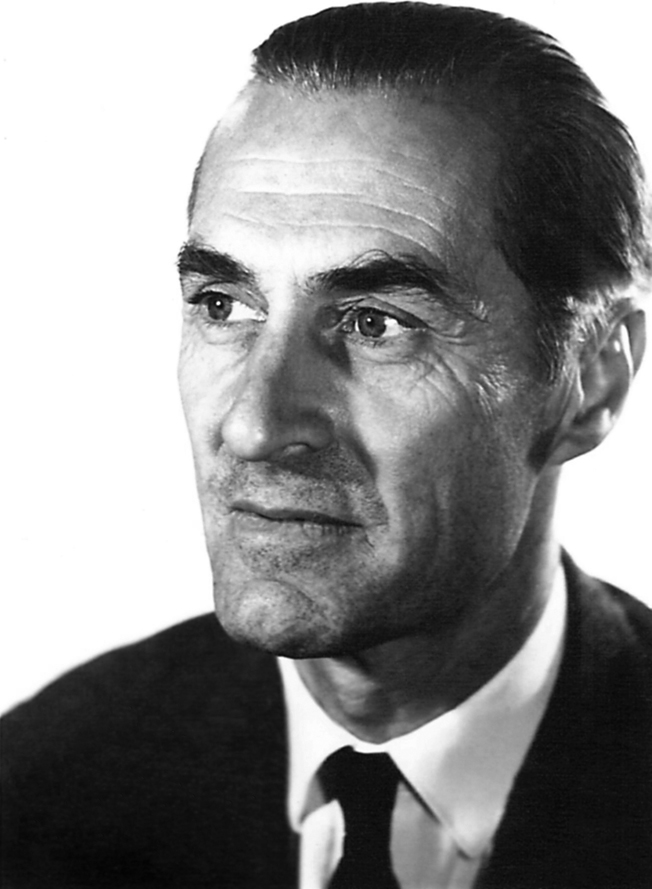 Harald Edelstam
The diplomat and Ambassador Harald Edelstam, born in Stockholm on 17th March 1913, died on 16th April 1989, is best known for having saved the lives of a large number of people during and after General Augusto Pinochet’s military coup in Chile in 1973. Edelstam is known for during the latter part of World War II having saved the lives of hundreds of Norwegian resistence fighters and Jews in Nazi-occupied Norway.

Harald Edelstam distinguished himself as diplomat by his professional competence, his bravery and his civic courage in the fight for Human Rights. He was an early proponent and symbol of what is today known as the ”Responsibility to Protect” and his memorable acts contributed to save more than a thousand lives.

Edelstam married Louise von Rosen in 1939. In his marriage to von Rosen, three sons were born; Carl, Hans, and Erik Edelstam. From 1959 to 1962 he was married to Natascha Michew and then with Christine Colmain from 1981 to 1989.

Norway 1942-1944
Harald Edelstam worked during the latter part of World War II as a diplomat in Nazi-occupied Norway. There, Edelstam saved the lives of hundreds of Norwegian resistence fighters and Jews, and functioned as a contact link between the Germans and the Norwegian resistence movement “Hjemmefronten”, which came to call Edelstam the “Black Pimpernel”. Further, Edelstam was active in the smuggling of threatened Norwegian resistence fighters and Jews to Sweden; people whom Edelstam took to protecting in his own private home. The greatest achievements were, however, in the secret information work through an illegal newspaper. As a diplomat, Edelstam had access to a radio which he used to listen to broadcasts from London.

By secret means, he managed to acquire printing presses, ink and printing paper. After the radio broadcasts he authored newsletters that became an important counterweight to the German-controlled Nazi propaganda in Norway.

Chile 1972-1973
Harald Edelstam became Ambassdor in Santiago de Chile 1972 and was at the time of Augusto Pinchet’s military coup on the 11th September 1973 the Swedish Ambassador in the country. Edelstam openly expressed his sympathy for the popularly elected socialist President Salvador Allende. After Allende was overthrown, Edelstam saved countless people by among other things offering persecuted Chileans and other Latin Americans who had fled to Chile from military dictatorships in Uruguay and Brazil, safe conduct to, and asylum in, Sweden.

Following the military coup, Edelstam conducted several major actions, whereof one was when the Cuban Embassy was besieged by Chilean troops. Edelstam used his diplomatic immunity and by going into the Cuban Embassy grounds succeeded in stopping the shooting against the Cuban Embassy as well as starting negotiations with the Chilean military. This resulted in an evacuation of the embassy staff, and in collaboration with the Swedish Prime Minister, Olof Palme, Edelstam immediately took on the task of protecting power over the Cuban Embassy buildings.

The next day, Edelstam raised the Swedish flag over the Cuban Embassy. Another action that Edelstam conducted was the rescue of 58 Uruguayan “Tupamaros” from the notorious concentration camp at the National Stadium. Based on information and appeals from a number of prisoners, Edelstam and Vice Consul Bengt Oldenburg succeeded in obtaining the release of the 58 doomed “Tupamaros” and could move them to safety. The military regime naturally did not appreciate Edelstam’s engagement and, after a fistfight at a hospital between Swedish Embassy staff and Chilean military over a sick woman under Swedish protection, he was expelled.