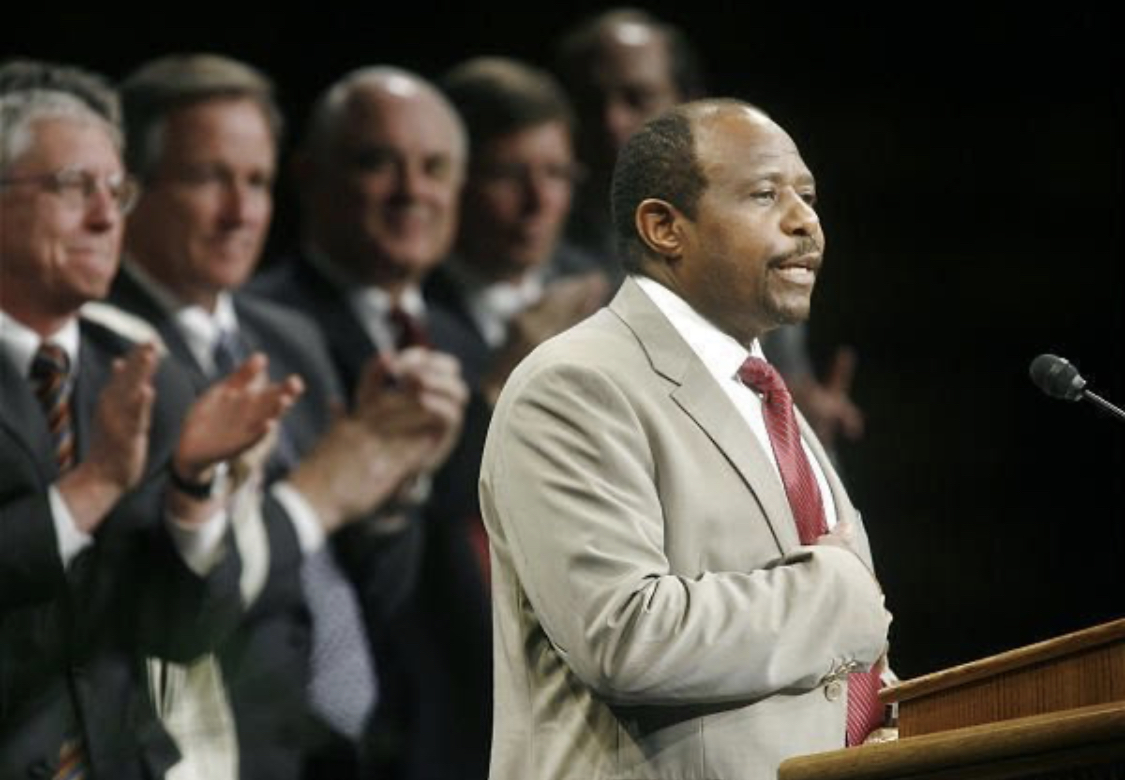 The Edelstam Foundation has today sent a letter to President Paul Kagame of Rwanda demanding the release of Paul Rusesabagina, esteemed human rights activist and board member of the Edelstam Foundation. Mr. Rusesabagina was kidnapped, held incommunicado for three days, and has now been imprisoned for more than 260 days. This takes place without an international arrest warrant or an Interpol warrant issued for Mr. Rusesabagina. Even more so, the government of Rwanda has repeatedly violated his human rights by subjecting him to torture as well as limiting his access to lawyers.

False charges
Mr. Rusesabagina is accused of nine offenses, among them murder, armed robbery, and being part of a terrorist organization. An article published in The New York Times on February 16, 2021, states that these charges pivot around Mr. Rusesabagina’s involvement in and management of the Rwandan Movement for Democratic Change (MRCD). Due to his engagement in MRCD, the Rwandan government has presumed that he was also the leader and founder of the National Liberation Front (FLN) and consequently also part of their alleged terrorist attacks. However, according to Professor Brian Endless, Senior Advisor to the Hotel Rwanda Rusesabagina Foundation, these two parties operate independently, and Mr. Rusesabagina did not become involved in MRCD until two years after the FLN had already been founded. Moreover, when the alleged attacks became public, Mr. Rusesabagina demanded a United Nations investigation into the events. More recently, on April 29, 2021, witnesses Herman Nsengimana and Marc Nizeyimana, stated that Mr. Rusesabagina had indeed not been in charge of the FLN forces. According to an article published by Courthouse News Service on April 29, 2021, the witnesses reported that they had received orders from General Wilson Irategeka.

Violation of Nelson Mandela Rules
The United Nations Standard Minimum Rules for Imprisonment, also called the Nelson Mandela Rules, declare that solitary confinement for more than 15 consecutive days is illegal. The Rwandan government has violated these rules since they have kept Mr. Rusesabagina in solitary confinement for as long as 260 days for 22,5 hours a day, according to Kitty Kurth, Senior Communications and Strategy Advisor for the Hotel Rwanda Rusesabagina Foundation. Furthermore, Mr. Rusesabagina suffers from a heart condition that requires prescription medication. According to his family, the Belgian Embassy delivered medication to where Mr. Rusesabagina was situated back in September, but the authorities confiscated it, which puts Mr. Rusesabagina’s health at great risk.

The Edelstam Foundation stands for a humanistic view, based on the values and principles that mainly are expressed in the United Nations’ Universal Declaration of Human Rights from 1948, along with the conventions that followed and other generally applicable international law. The Foundation is a politically and religiously independent organization.

Announcement of the Edelstam Prize Laureate 2014